While the ongoing COVID-19 pandemic won’t have much of an impact on cash available for new biotech startups, it has begun to cause delays in the development of gene therapies to treat a variety of rare diseases.

That’s the consensus of industry experts who spoke in a May 26 webinar hosted by the events organizer Terrapinn, producer of the annual World Orphan Drug Congress. 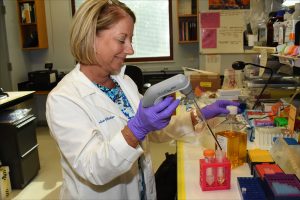 Speaking about COVID-19 from a strictly venture capital perspective, van Deventer said the financial chaos unleashed by the pandemic has had far less of an impact on biotech than on other key sectors of the global economy.

“We are, of course, not directly dependent on consumer demand. In this case, that’s a good thing,” he said. “Investors in biotech are used to working with loss-making companies. Also, managing delays and hurdles is business as usual.

“There is no single successful biotech company that I’ve been involved with that hasn’t had major periods of delays and hurdles,” he added. “We are used to managing timelines and budgets, and adapting rapidly to changing situations.”

Van Deventer played a critical role in the development of both Remicade (infliximab), the world’s first commercial monoclonal antibody, and Glybera, a gene therapy by uniQure that in 2012 won a five-year marketing authorization from the European Union to treat hyperlipoproteinemia type 1.

Remicade is used to treat Crohn’s disease, ulcerative colitis, rheumatoid arthritis, ankylosing spondylitis and other rare disorders. Glybera never received U.S. approval, and was withdrawn from the market in 2017 after it proved to be a commercial failure.

Particularly vulnerable are trials targeting patients with a higher-risk profile; these will require specific strategies to be assessed on a case-by-case basis.

“This has certainly been true for gene therapy clinical trials,” van Deventer said, without giving examples. “Transplant trials have been almost halted because of the pandemic. And I already know of some planned clinical trials that have run into major delays.”

Asked about financing of future gene therapy trials, he added: “We do not foresee a shortage of venture capital, but rather a shift of capital from public to private investments.  Companies with a short capital runway [meaning the time until a venture runs out of money] and a lack of news flow because of delayed clinical trials will run into problems — and the hurdle to engage for new deals with pharma will become significantly higher.”

PTC has trials underway in rare disorders that include Duchenne muscular dystrophy, ovarian cancer, spinal muscular atrophy (SMA), and Bols said he sees reasons to be optimistic amid the gloom and doom of current headlines.

“The overall pharmaceutical sector shows positive growth, despite the pandemic,” he said. “We have to count our blessings in these very difficult times. Yes, there are some negative elements, but I think the future looked bright before — and still looks reasonably bright.”

In fact, Bols said, the COVID-19 crisis is actually an opportunity for the biopharma industry, and especially for companies pursuing cell and gene therapies.

“If there’s one thing that makes this crisis clear, it’s the importance of innovation. A lot of companies, small and big, are frantically working to come up with a vaccine or a therapy to counter COVID-19. This really underlines the need for innovation, and the role our industry is playing to come up with a solution.”

In the meantime, he said, clinical trials are being delayed by about six months on average.

“There are definitely hurdles in starting new trials,” Bols said. “A lot of companies are working offline, like we’re doing now. But for certain activities like manufacturing, you really have to be in your facilities.” One fear that never materialized, he said, is that regulatory authorities such as the U.S. Food and Drug Administration (FDA) and the European Medicines Agency (EMA) would be so overwhelmed with the COVID-19 crisis that they’d ignore other pressing issues.

“All these lessons learned for COVID-19 can be extrapolated to the development of medicines overall,” Bols said. “As everybody knows, there’s a real need for speeding up the system and getting treatments to patients in a much more efficient way.”

Even so, “one worrying element we’ve seen over the last couple of weeks is that non-COVID-19 patients really have difficulty getting access to their treatments because hospitals were overwhelmed,” he said. “There’s a real fear among patients who can’t get their treatments, and that needs to be addressed.”

Another contentious issue is the sky-high prices for gene therapies. When uniQure introduced Glybera in 2012, it had a price tag of $1.2 million per patient. Five years later, by the time it was withdrawn, the single-dose treatment had been administered to a total of 31 patients.

Currently, the world’s most expensive drug is the Novartis gene therapy Zolgensma, which treats children at to age 2 with SMA.  It retails for $2.125 million for a single treatment.

“The amount charged for some of these gene therapies was already controversial,” Bols said. “Now that we’re going into a recession and governments are spending trillions on supporting the economy, I can foresee discussions around price will become even more acrimonious.”