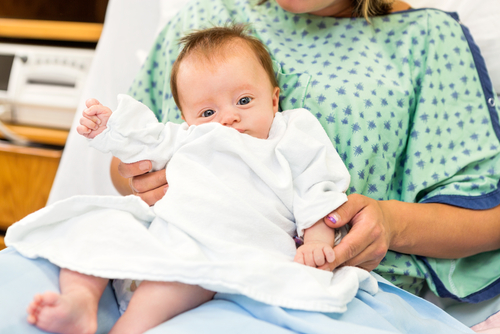 A new technique using dried blood spots could help in the diagnosis of aromatic L-amino-acid decarboxylase (AADC) deficiency and may be especially useful in newborn screening, a study demonstrates.

The study, “High throughput newborn screening for aromatic L‐amino‐acid decarboxylase deficiency by analysis of concentrations of 3‐O‐methyldopa from dried blood spots,” was published in the Journal of Inherited Metabolic Disease.

AADC deficiency is caused by mutations in the DDC gene. This gene provides instructions for making the AADC protein, which is critical for the production of the neurotransmitters dopamine and serotonin.

Depending on several factors, including which particular mutations are present, people with AADC deficiency can have a range of symptoms, many of which overlap with other conditions, so diagnosing AADC deficiency can be challenging. Yet early diagnosis is becoming increasingly important, especially given the ongoing development of gene therapies, which work best when given earlier in life.

Methods that can be implemented into routine newborn screening are particularly useful, since detection of conditions almost immediately after birth allows appropriate decisions to be made as soon as possible for future care.

In this study, researchers developed a technique they propose could fill this need, relying on testing dried blood spots (DBS), which are essentially drops of blood collected on filter paper.

DBS are useful for diagnostics and screening because they can be easily collected with only a small drop of blood, are easily transported and highly stable for long periods of time, and can be subjected to several analytical tests.

The researchers’ technique relies on mass spectrometry, which allows for the identification of molecules based on their weight. Specifically, the researchers measured levels of 3-O-methyldopa (3-OMD), which is a product of neurotransmitter metabolism. In people with AADC deficiency, this metabolic process is never completed for some neurotransmitters, and 3-OMD levels grow abnormally high.

Measuring 3-OMD levels in DBS to detect AADC deficiency has been proposed before, but the researchers made a few changes to the previously used approach that could make their technique more amenable to newborn screening.

“Our novel approach eliminates the use of column separation, thereby shortening the measurement time per sample,” the researchers wrote. “This enables smooth incorporation into existing newborn screening workflows.”

To test their technique, they measured 3-OMD levels in dried blood samples from 38,888 newborns born in summer 2019. The average concentration of 3-OMD among these samples was 1.16 micromoles per liter (μmol/L) with a range from 0.31 to 4.6 μmol/L; none of these were suggestive of AADC deficiency.

For reference, a stored DBS sample taken after birth from an individual with AADC deficiency was analyzed, revealing an average concentration of 35.95 μmol/L.

“The fact that we have not yet identified an AADC patient using this novel method after the prospective analysis of around 40,000 samples is not surprising, given the low estimated incidence rate in the central European region,” the researchers said.

Of particular importance, the analysis also included samples from 14 people who were carriers for mutations in the DDC gene, but not symptomatic for AADC deficiency. All of these samples had 3-OMD levels below the cutoffs, suggesting the technique’s resilience to false positives.

Additional chemical testing revealed reasonable reliability for standardized samples stored under different conditions (e.g., temperatures, lengths of time), suggesting this method’s applicability for use in the real world, where obtaining samples is often a messy and imperfect process.

Although this method won’t replace current golden standards for diagnosis — genetic testing and directly assessing the activity of the AADC protein — it could allow for the early identification of people who might benefit from such tests.

“Any elevation of concentrations of 3-OMD should then lead to conformational diagnostics using an enzymatic assay, or genetic testing,” the researchers wrote.