The National Organization for Rare Disorders (NORD) has updated its State Report Card to make it more digitally friendly and added telehealth to its categories of rare disease policy issues in a nod to its increased use during the ongoing COVID-19 pandemic.

NORD’s report card project began seven years ago with the goal of evaluating how well each state serves patients with rare diseases. But the organization’s latest edition, which takes policy data from November 2021, has been overhauled in a more digitally accessible format so more people can easily use it and employ it as a tool for advocacy. 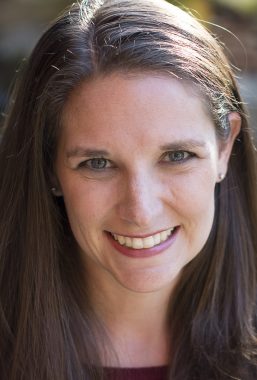 Heidi Ross is the acting vice president of policy and regulatory affairs at NORD. (Photo courtesy of NORD)

“I’ve been surprised by how much this report card resonates with advocates who see their own issues reflected in it, and how much it is a useful tool for lawmakers as they’re looking and understanding what are the challenges that their rare disease community in their state faces,” said Heidi Ross, acting vice president of policy and regulatory affairs at NORD.

The addition of telehealth as a policy issue grew out of its increased use by rare disease patients during the COVID-19 pandemic.

According to NORD’s 2020 report, based on a survey of more than 800 rare disease patients and caregivers, 88% of people who were offered telehealth instead of an in-person visit accepted it. Around 92% of patients said it was a positive experience and 70% said they wanted telehealth as an option for the future.

“Rare disease patients have appreciated having the option of telehealth and so we feel like it is important to permanently and appropriately integrate telehealth into our healthcare system,” Ross said. “And therefore, we felt it was important to include it in our State Report Card.”

Ross said NORD plans on adding more detail on the telehealth policy issues in the future. As of now, a state either passes or fails the telehealth portion based on its participation in the Interstate Medical Licensure Compact, which allows patients to see doctors practicing in other states.

Aspects of telehealth Ross plans to look at down the road relate to NORD’s principles on the topic released in 2020. These include equitable access to telehealth, preserving patient choice, transparency in privacy and cost-sharing, and data-driven decisions.

A drop-down menu on NORD’s website shows how every state measures up in each category, and viewers can also click on each policy issue and find a colored map that indicates which states are succeeding and which ones need some work.

Some categories, including telehealth, are graded on a pass-fail basis; others, such as medical nutrition, are given letter grades. The grading methodology can be found at the end of each category’s webpage, and in a separate appendix on the left-hand side of the page. Users can print or save a PDF version of the State Report Card summary for each state.

Ross’s goal was to ensure that the website could be easily utilized by patients, caregivers, family, friends, and advocates.

“We recognized that the pandemic was changing the way that this operates,” Ross said. “And so we tried to make it more visually friendly and more interactive.”

A staff of five to seven people from the policy team at NORD work on the report card project, Ross said. Even though it’s a relatively small team, the goal of the State Report Card initiative is no less important.

“It is a labor of love for our small and mighty health policy team,” Ross said. “We believe it is a critical tool to help lawmakers and advocates alike understand where their state rates on key issues within the rare disease community.”

Hawken Miller Hawken graduated from the University of Southern California (USC) in 2019. Before joining BioNews, he wrote for the Washington Post’s video game and esports section, Launcher, where he still contributes as a freelancer. Hawken is also a columnist for BioNews, focusing on his experience with Duchenne muscular dystrophy for Muscular Dystrophy News Today. His work has appeared in Dot Esports, The Orange County Register, KTLA 5, and The Sacramento Bee. He won a Webby for virtual reality journalism at USC.